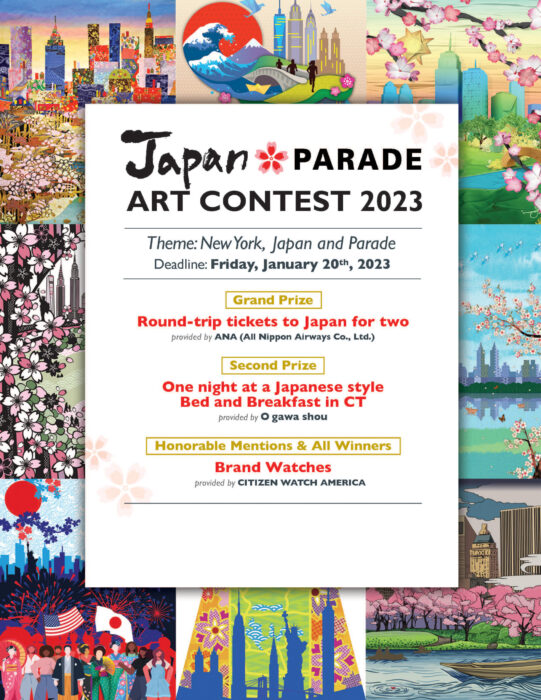 Japan Day @ Central Park (a.k.a., Japan Parade) is an annual event celebrating Japanese culture, art, and tradition in Central Park since 2007, with three objectives: to promote cultural exchanges between Japan and the U.S., to express appreciation for New York City, and to strengthen the solidarity of the Japanese-American community. Each year the organizer of the Japan Day/Parade calls for illustrations that will be used for official posters, flyers, and programs of the Japan Day/Parade.

The top winner will receive two round-trip tickets to Japan. The deadline is Friday, January 20, 2023. See https://japandaynyc.org/art-contest-submit/ for more information about the contest. 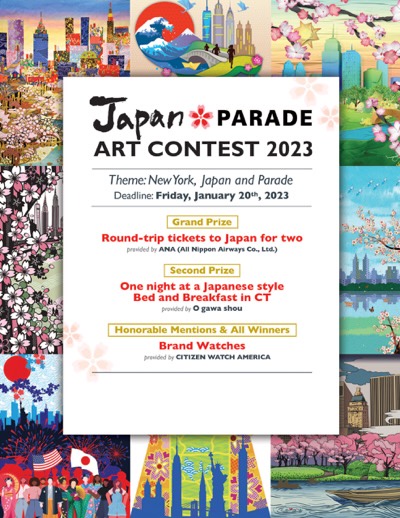