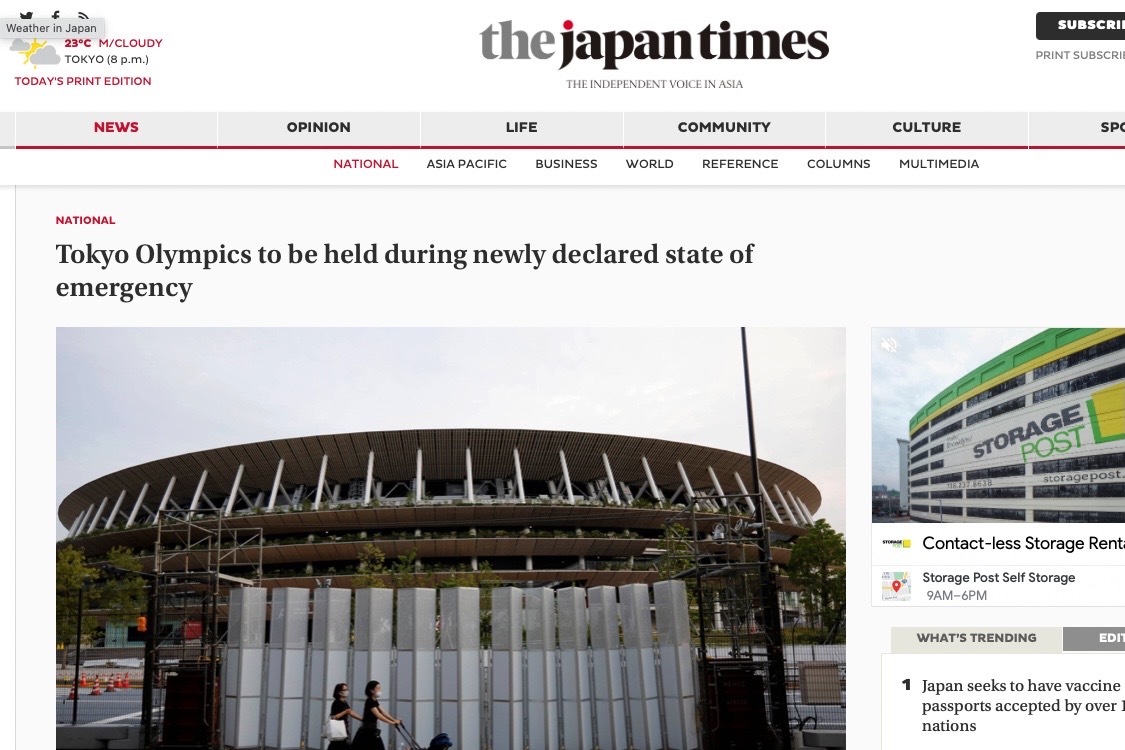 Due to a surge of the COVID-19 cases in Japan, Tokyo has issued a state of emergency, which may be extended to the time when the Olympic Games are being held in Tokyo. IOC and Japan’s Olympic Committee have decided that they will hold the Olympics without any audience (previously a limited number of domestic audience were allowed).