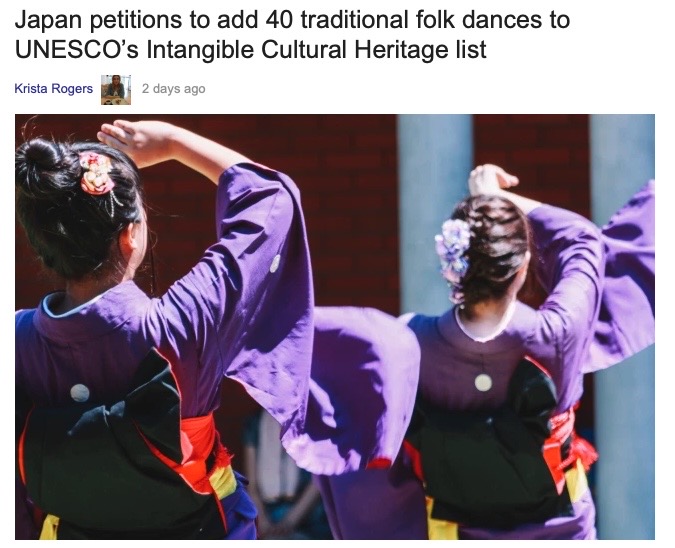 Japan is trying to get the Japanese traditional fork dances approved for the UNESCO’s Intangible Cultural Heritage list in 2021.