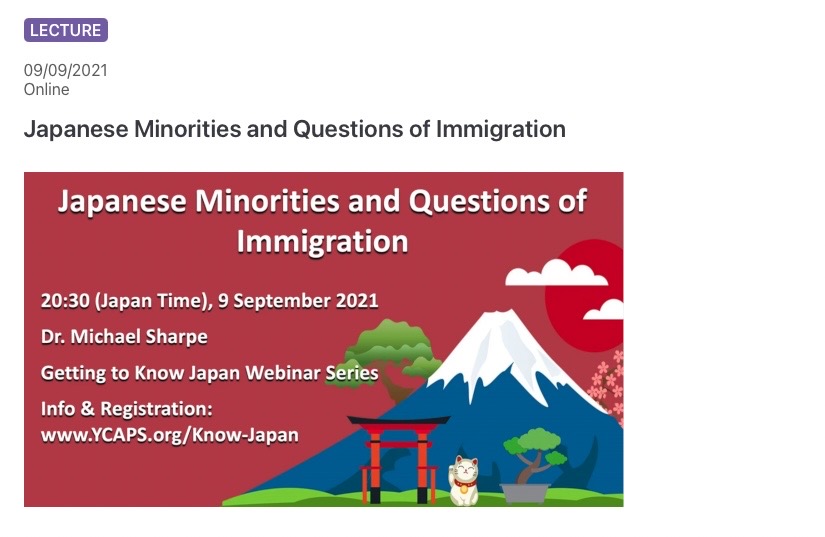 Prof. Michael Sharpe at York College is giving an online presentation on the topic of immigration and minority groups in Japan at 7:30am (in the morning!) on Thursday, September 9, 2021.