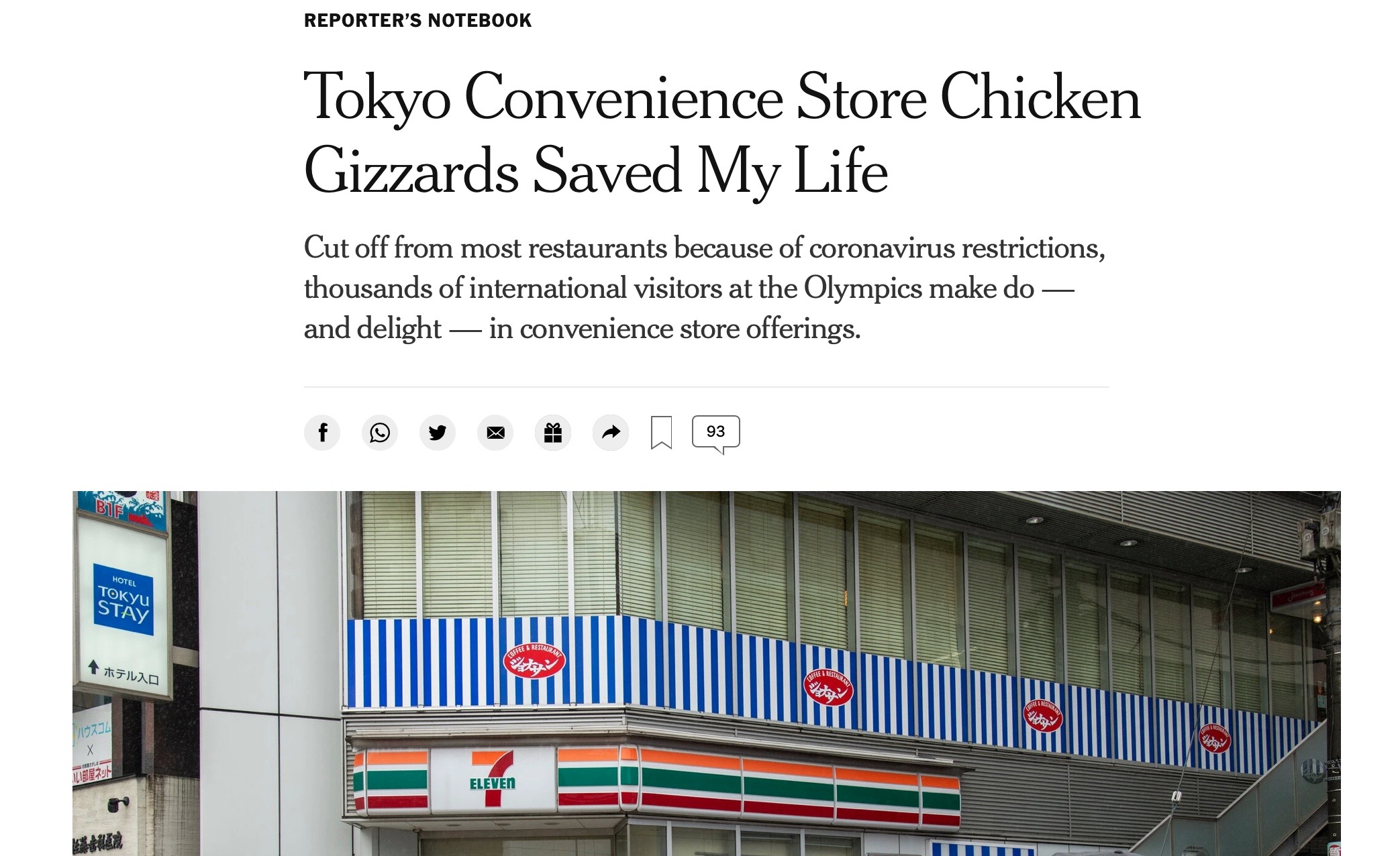 I have always thought that コンビニ, Japanese convenience stores, is the most iconic Japanese business that represents the Japanese ethos after the babble economy in the 1990’s. In Japan, everyone has an easy access to convenience stores (such as 7-Eleven, Family Mart and Lawson, which are usually located within 5-15 min from anywhere in Japan) and you can buy almost everything you need at affordable price there. Convenience stores exist in highly rural and remote areas and they sell the exactly same items that you will find at the same convenience store in an urban area like Tokyo. This is a rather stark contrast from 百貨店, Japanese boutique department stores (like Takashimaya and Mitsukoshi), which existed only in urban areas for wealthy Japanese (which were gradually replaced by the convenience stores).

I am glad that these convenience stores received spotlight during the Tokyo Olympics.